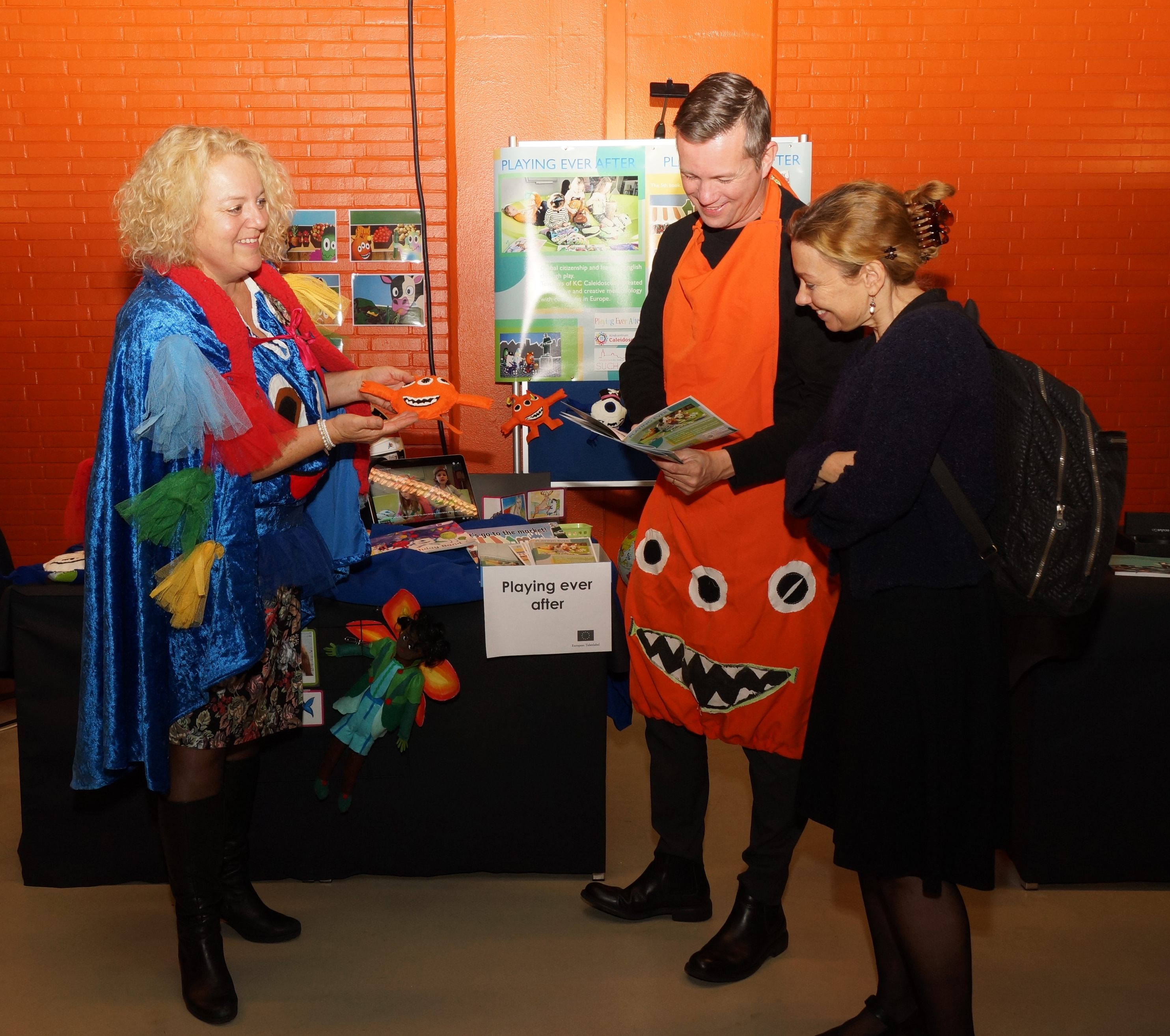 On 1st November 2019 Richard de Wilde and Yvonne Scherphof from KC Caleidoscoop presented the Playing ever After project to teachers and jury members at the ‘Languages alive’ – conference in Utrecht (NL).
Playing ever after was one out of 9 nominated projects.

The diversity in the projects was obvious, what they all had in common was the love of multi-linguality and teaching languages. It was a day in which Richard and Yvonne could speak to many teachers from mostly secondary education and HEI as well as to all jury members. We received very positive feedback from many of them.

In the late afternoon, the award ceremony in the Beatrix theatre started. We were extremely happy to found out Playing ever After was one of the award winners. We won the third prize, the second and audience prize went to More chances with multilinguality and the first prize was for the languages buddy-project.

We’re very proud of all pupils and teachers in the four countries for achieving this! 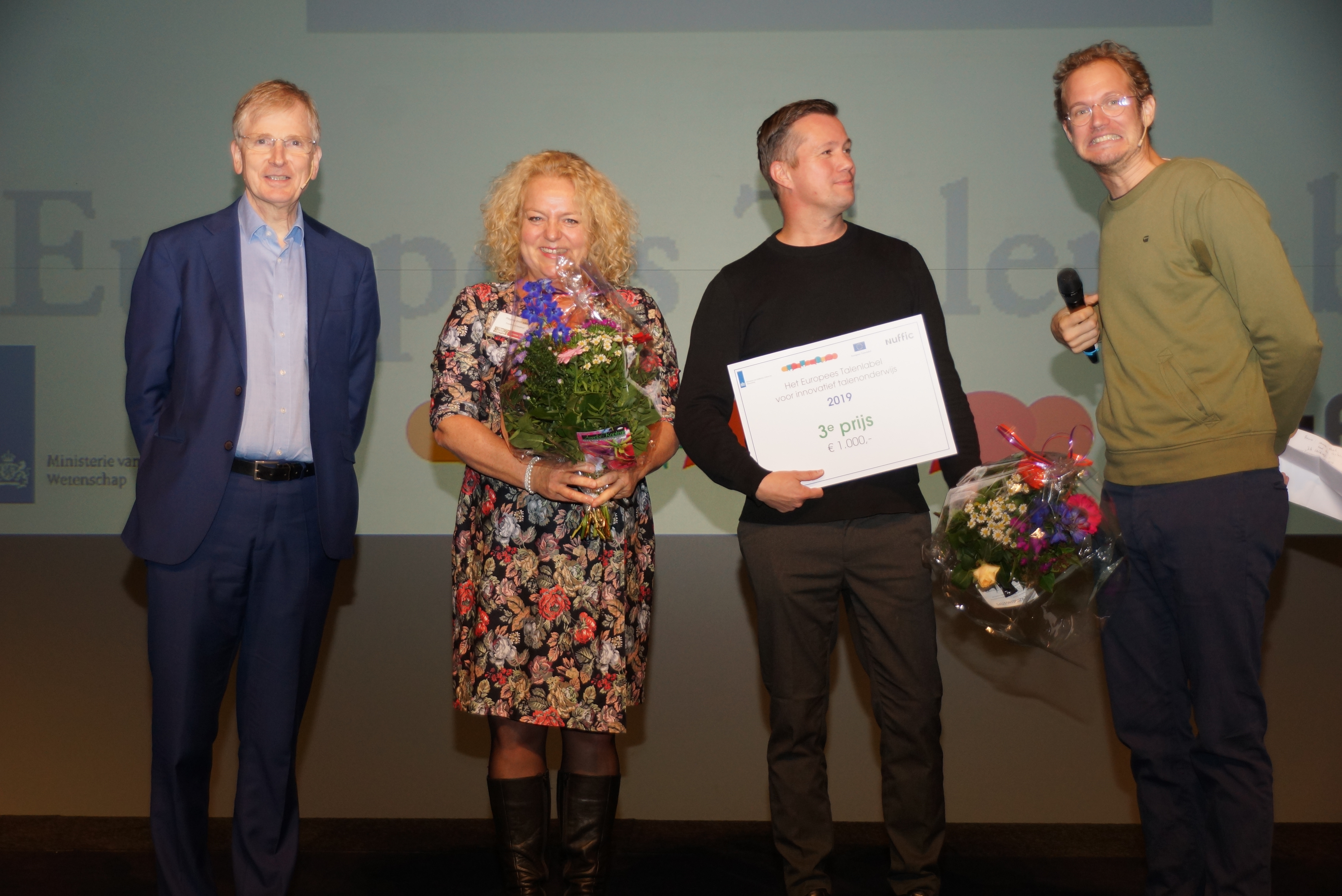